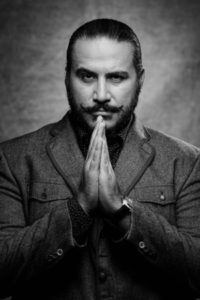 Alemşah Öztürk graduated from Yıldız Technical University after finishing Kabataş High School. Because of his passion developed in student years for the internet, he started his career early.

He won countless awards with 41?29! and also become co-founder of Arcademonk, Grupanya and Dijital Büro İstanbul in 2010. After 2011, he sold majority share of 41?29! to WPP and pave the way for the agency to become a regional player.

As of 2015, he merged Grey İstanbul with 41?29! into 4129Grey, which offers service as an integrated full service advertising agency.