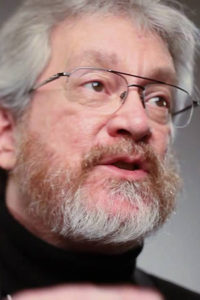 Pentland was named as one of the 100 Americans to shape the century by Newsweek and one of the seven most powerful data scientists by Forbes.

He leads Human Dynamics Lab at MIT which uses Big Data to understand human society. He is a pioneer in wearable computing (Google Glass), image understanding, and social science.

He also serves on the advisory boards of Google, Telefonica, Nissan and United Nations.