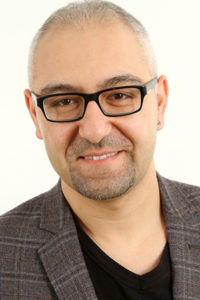 Altan Çakır received his M.Sc. degree in theoretical particle physics from Izmir Institute of Technology in 2006 and then went straight as a to graduate school at the Karlsruhe Institute of Technology, Germany, from which he earned a Ph.D. in experimental high energy and particle physics in 2010. During his Ph.D., he was responsible for a scientific research based on new physics searches in the CMS detector at the Large Hadron Collider (LHC) at European Nuclear Research Laboratory (CERN). Thereafter he was granted as a post-doctoral research fellow at Deutsches Elektronen-Synchotron (DESY), a national nuclear research center in Hamburg, Germany where he spent 5 years, and then recently got his present faculty position at Istanbul Technical University (ITU) in Istanbul, Turkey. Currently, Altan Çakır is a deputy of ITU-CMS group at CERN and leading a data analysis group searching for new physics at the CMS experiment. His group’s expertise is focused around machine learning techniques in data analysis and detector development. However, their research is very much interdisciplinary, with expertise in the group ranging from particle physics, detector development and data analysis synthesis to economy and industrial applications.

Altan Çakır involved a large number of high profile research projects at CERN and DESY last eleven years. He enjoys being able to integrate his research and teaching key concepts of particle physics and data analysis. It’s rewarding to be part of the development of the next generation of physicist, and help his students move on to careers all over the world, in academia, industry and government.