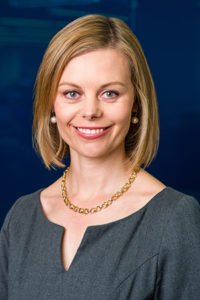 Anna Sedgley is an experienced C-suite and board member who enjoys partnering with diverse teams to create commercial value in disruptive environments. She currently works in the AI industry in New York, after two decades working in media in both New York and London.

Anna is Head of Customer Finance and Advisory Board at Afiniti, a company that uses artificial intelligence to identify subtle and valuable patterns of human interaction in order to pair individuals on the basis of behavior. Afiniti’s technology creates more successful interactions with customers and measurable increases in enterprise profitability.

Previously, Anna worked at Dow Jones, a News Corporation company and publisher of the Wall Street Journal, in New York from 2009 to 2018. As COO from January 2017, Anna’s direct scope of responsibility encompassed finance, technology, strategy, legal, print operations and delivery, real estate and facilities, event execution and security. She was appointed CFO in December 2012 and held that title until November 2017.

Anna joined Dow Jones after 10 years in the finance team at Sky in London, which was recently purchased from 21st Century Fox by Comcast. Anna began her career as a Chartered Accountant at PricewaterhouseCoopers in London. After qualification, she spent two years working in retail finance at Debenhams plc, a leading UK department store. She is a Law and Commerce graduate from the University of Adelaide, Australia.

Anna lives in Princeton, New Jersey with her husband, son and dog and frequently visits family and friends in London and Adelaide.