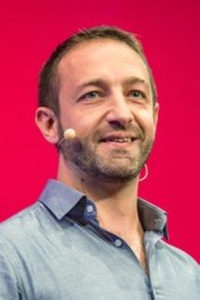 Daniele Quercia works in the area of social media at Yahoo Labs in Barcelona. Before that, he was a Horizon senior researcher at The Computer Laboratory of the University of Cambridge. He is interested in the relationship between online and offline worlds and his work has been focusing in the areas of data mining, computational social science, and urban informatics. His research has been published in leading venues including ICSE, Ubicomp, ICDM, CSCW, RecSys, WSDM, and WWW, received honorable mentions from AAAI ICWSM, and has been featured on La Repubblica, The Independent, New Scientist, Le Monde, and BBC. He spoke at TEDx Barcelona and Falling Walls Berlin, and wrote for BBC. He was Postdoctoral Associate at the Massachusetts Institute of Technology where he worked on social networks in a city context, and his PhD thesis at UC London was nominated for BCS Best British PhD dissertation in Computer Science. During his PhD, he was a Microsoft Research PhD Scholar and MBA Technology Fellow of London Business School, and he also interned at the National Research Council in Barcelona and at National Institute of Informatics in Tokyo. He studied at Politecnico di Torino (Italy), Karlsruhe Institute of Technology (Germany), and University of Illinois (USA).