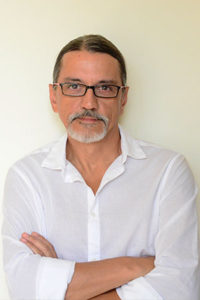 Dr. Olmez’ career spanned more than 35 years in various positions ranging from academic research to executive leadership. He has been with the Faculty of Engineering and Natural Sciences at Sabanci University as a faculty member since 2001. He is the founder and director of the professional graduate programs in Information Technologies and Data Analytics and is also serving as a board member of the Center of Excellence in Data Analytics at Sabanci University. Until late 2015, he worked as the CEO of Ortogon, a software company he founded in 2009. Prior to joining Sabanci University, Dr. Olmez was the managing partner and the CIO of a technology company he co-founded in 1995. Between 1994 and 1996, he was with the Bilkent University where he served as an Assistant Professor in the Faculty of Business Administration. Upon receiving his doctoral degree, he worked as a research scientist at MIT for 4 years and directed several NFS-funded projects in a wide variety of areas. Dr. Olmez received a Ph.D. degree from MIT (Massachusetts Institute of Technology) in 1991, an MS degree from the University of Michigan in 1985, and a BS degree from Istanbul Technical University in 1983.