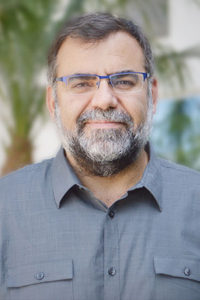 Ricardo Baeza-Yates is the Director of Data Science at Northeastern University Silicon Valley and part-time Professor of the Practice. He is also the CTO of NTENT, a semantic search technology company based in California since June 2016. Prior to these roles, he was the VP of Research at Yahoo Labs, based in Sunnyvale, California, from August 2014 to February 2016. Before joining Yahoo Labs in California, he founded and led the Yahoo labs in Barcelona and Santiago de Chile from 2006 to 2015. Between 2008 and 2012 he oversaw Yahoo Labs in Haifa, Israel, and started the London lab in 2012.

Baeza-Yates is a part-time Professor at the Department of Information and Communication Technologies (DTIC) of the Universitat Pompeu Fabra (UPF), in Barcelona, Spain, as well as at the Department of Computing Science (DCC) of Universidad de Chile in Santiago. During 2005, he was an ICREA research professor at UPF. Until 2004 he was a Professor and founding director of the Center for Web Research at Universidad de Chile.

Ricardo obtained a PhD in Computer Science from the University of Waterloo, Canada, in 1989. He also holds two masters (MS CS & M Eng EE) and an electronics engineering degree from the University of Chile in Santiago.
Additionally, Baeza-Yates a co-author of the best-seller Modern Information Retrieval textbook, published in 1999 by Addison-Wesley with a second enlarged edition in 2011, which won the ASIST 2012 Book of the Year award. He is also a co-author of the 2nd edition of the Handbook of Algorithms and Data Structures, Addison-Wesley, 1991; and co-editor of Information Retrieval: Algorithms and Data Structures, Prentice-Hall, 1992, among more than 600 other publications.

From 2002 to 2004 he was elected to the board of governors of the IEEE Computer Society as well as to the ACM Council from 2012 to 2016. He has received the Organization of American States award for young researchers in exact sciences (1993), the Graham Medal for innovation in computing given by the University of Waterloo to distinguished alumni (2007), the CLEI Latin American distinction for contributions to CS in the region (2009), and the National Award of the Chilean Association of Engineers (2010), among other distinctions. In 2003, he was the first computer scientist to be elected to the Chilean Academy of Sciences and since 2010 is a founding member of the Chilean Academy of Engineering. In 2009, he was named ACM Fellow and in 2011 IEEE Fellow.