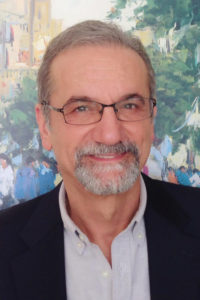 In the first year of operations, KWORKS kas become one of Turkey’s leading technology accelerators and startup incubators.

Since he has joined Koç University in July 2013, Enis has been a Research and Development Consultant in the University. Intellectual property protection, technology transfer and commercialization have been areas of focus in order to get research results commercialized. Multinational R&D&I collaborative projects and industry research collaboration are also additional areas supported by Enis.

In newly developing technology entrepreneurship segment, Enis has been mentoring startups. Since June 2013, he has been a CEO-in-Residence and a mentor in METU Teknokent TeknoJumpp accelerator program. In 2014, Enis was a mentor in TUBITAK’s pilot mentorship program as part of MentoR&D group.

Enis joined Turk Telekom (TT) Group at the end of 2009 as Head of R&D. TT Group comprises 3 operators and 6 technology companies with over 900 R&D engineers. He had established strong partnerships with leading universities in Turkey and research centers in EU to jointly research and develop next generation ICT Technologies. 60 Leading-edge R&D projects were launched in three years under his leadership. Enis had applied for and granted a design patent during his leadership of TT Group R&D.

Previously, Enis was one of the founding managers of LG-Nortel, a joint venture telecommunications equipment company between LG and Nortel, established in 2005 in South Korea. The JV gained 60% telecom market share in Korea, while achieving annual revenues of up to 1.4B USD. For four years, Enis held key executive roles in the company including Vice President of Technology, providing leadership for a 1000-staff R&D organization.

Between 2000 and 2005, Enis was Vice President of Nortel, a telecommunications solutions provider, in charge of Carrier Solutions business in Asia, and later in Eastern Europe. During his Asia leadership role, he guided two R&D labs in China to become global R&D centers. He joined Bell-Northern Research (BNR) in USA in 1985 and held successive R&D leadership positions within BNR with increasing responsibility. BNR was acquired by Nortel in 1996, and Enis joined Nortel technology as R&D Director.

Enis holds a Bachelor of Science in Electrical Engineering, with graduate studies in Computer Sciences and is a graduate of the Executive Program at Kenan-Flagler Business School of UNC.

He was the sole recipient of Nortel’s prestigious “President’s Award of Excellence in Leadership” in 1999.

Between 2011 and 2013, Enis served on the Boards of two leading EUREKA clusters in telecommunications and energy fields: Celtic Plus, and Eurogia+. Currently, he is a member of the Board of Trustees of Parlar Foundation, and also a board member of Turkish Futurists Society.