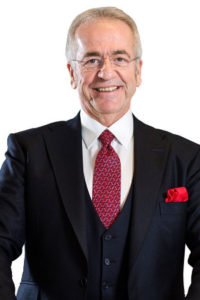 Erol Bilecik was born in 1962 in Antakya. Bilecik completed his primary, secondary and high school education in his hometown. He graduated from Istanbul Technical University with a Bachelor of Science in Computer Engineering in 1987 as one of the first computer engineers in Turkey.

Under his leadership, certain Index Group companies went public and traded in BIST including İndeks Bilgisayar in 2004, Datagate in 2006, Despec in 2010. Through Index Group companies, Erol Bilecik contributed 5 waves of foreign investment and capital inflow in Turkey.

Turkish Grand Assembly honoured Erol Bilecik with the Meritorious Service Medal in 15 July 2010, for his support and contribution to the field of education.

Erol Bilecik was elected as the President of TÜSİAD during the ordinary general assembly of the association on 12 January 2017.