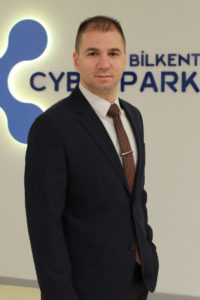 Upon graduation, he started as University – Industry Collaboration Expert in METUTECH (ODTU Teknokent). After completing obligatory military service during the period of 2008 December – 2009 June, he served as Special Advisor (technology) to the President of Union of Chambers and Commodity Exchanges of Turkey (TOBB). After this duty of one year, he started as Subcontract Administrator at TAI – Turkish Aerospace Industries in June 2010.

Faruk joined Bilkent CYBERPARK, one of Turkey’s leading Technopark’s as the Director of Entrepreneurship and Tech Transfer Department in January 2013 to execute all value-added services to more than 230 companies and since October 2016, he continues as the General Manager. In addition, he is Vice Chairman of the Board, Association of Turkish Technology Parks (TGBD).