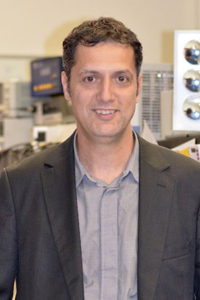 He is a Professor of Electrical Engineering and Director of Optical Microsystems Laboratory in Koç University, Istanbul. He received BS degree in Electrical Engineering from ODTU. After his MS and PhD at Georgia Tech, he joined Microvision (USA) and played a key role in the development of Retinal Scanning Displays and MEMS Scanners. He has >50 patents, which are licensed to five companies for commercialisation and resulted in 3 spin-off companies. He has more than 160 scientific publications and received many awards and the prestigious European Research Council Advanced Grant (ERC-AdG) in 2013 to develop next generation wearable displays.