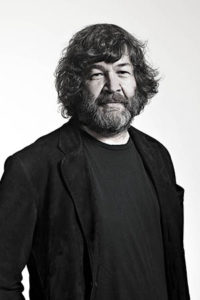 Academician at Bilgi University Next Academy

Levent Erden was born in 1957. After graduating from Galatasaray University he went on to complete an MBA at Boğaziçi University.

He then embarked on a career in advertising, working for three years at the McCann agency. He worked in both France and Turkey in rotation in order to establish L’Oreal Turkey’s operations, and became the first Turkish executive of L’Oreal.

He was the country manager for PepsiCo International during the period when the company was the market leader.

Since then, he has served in almost all executive positions related to marketing and communications.

He established his own marketing consultancy to serve companies such as Procter & Gamble, Lyons-Tetley and Merlin Gerin.

As part of the Bilgi group he served as the CEO of Aktif TV, which took over the daytime broadcast of ATV following its establishment, and led Turkey’s first interactive TV testing.

He contributed to the founding of Bilgi University and is also a founding partner of the Havas Worldwide Turkey group.

Over the past 15 years, he has been writing a book based on his talks in domestic and international conferences, courses and discussions.