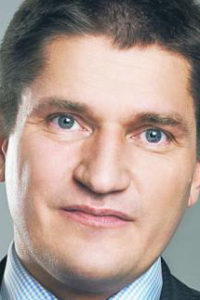 Marcin joined Intel Capital in 1999 and is a voting member of Intel Capital’s investment committee. Prior to Intel Capital Marcin was Investment Director at the Poland Growth Fund (1995-1999), Resident Polish Specialist at Banexi (1993) and Financial Analyst at Paribas Capital Markets Group (1990). Between 2004 and 2011 Marcin was also Vice President of the Polish Venture Capital and Private Equity Association the largest industry association in Central Eastern Europe. Marcin was a Board Member in iMall and Board Observer in AVG, Siveco, Nokta, Centrum.cz, Index.hu, WP.PL and Wind Mobile. He also served in Boards of Kredyt Bank (1997-1999) and Bank Komunalny (1995-1999), two Polish banks listed on the Warsaw Stock Exchange, was Deputy Chairman of Dromex (1998-1999) the largest Polish road construction firm and since 2010 is a Board Member of Agora, a leading Polish media company listed on the Warsaw Stock Exchange. He has also invested in and managed exits from Wirtualna Polska (acquired by TPSA), Centrum.cz (acquired by Warburg Pincus), eTel (acquired by Austrian Telecom), Index.hu (acquired by jv of Vivendi), iMall (acquired by Naspers) and AVG (IPO on NYSE) and invested in Ru-Net/Yandex, Nokta and Wind Mobile. Marcin has an MA in Economics from the University of Gdansk.