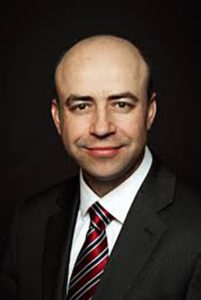 Martin Willcox leads Teradata’s International Big Data CoE, a team of Data Scientists, Technology and Architecture Consultants charged with assisting customers to realise value from their Analytic data assets – and with articulating to prospective customers, analysts and media organisations across the International region Teradata’s Big Data strategy and the nature, value and differentiation of Teradata technology and solution offerings.

Martin has 19 years of experience in the IT industry and has worked for 5 organizations, including two major Grocery Retailers. Since joining Teradata, Martin has worked in Solution Architecture, Enterprise Architecture, Demand Generation, Technology Marketing and Management roles. As a former Teradata customer – Martin was the Data Warehouse Manager at Co-operative Retail (UK) and later the Senior Data Architect at Co-operative Group – Martin understands the Analytics landscape and marketplace from the twin perspectives of an end-user organization and a technology vendor.

Martin holds a BSc (Hons) in Physics and Astronomy from the University of Sheffield and a Postgraduate Certificate in Computing for Commerce and Industry from the Open University; is married with three children; and is a lapsed supporter of Sheffield Wednesday Football Club. In his spare time, Martin enjoys playing with technologies like Teradata Aster, Python and R, watching his son’s play rugby and rock climb, learning to fly a glider – and playing the guitar very, very badly.

Martin is an infrequent contributor to the Teradata International Blog.