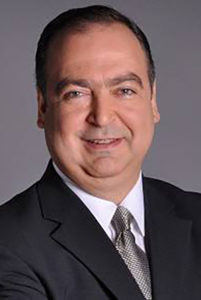 In 1988 Mehmet Nane started his professional career as a clerk in the Real Estate Bank, then in 1993 he became Investment Manager in Demirbank and Demir Investment, in 1997 he becme the Vice President of Sabanci Holding Planning and Business Development Department, in 2002 he was the Department Director of Retail Group at Sabancı Holding. Then in 2004 he continued as Secretary-General of Sabanci Holding.

Mehmet T. Nane was TeknoSA Deputy Chairman from March of 2000, until April 2005; Between April 2005 and June 2013, he served as General Manager of TeknoSA. Starting from July 25 2013, he has been working as the general manager of CarrefourSA. During the transition period between July 1-July 25, 2013, he served as Executive Advisor.

Shopping Centers and Retailers Association (AMPD) Chairman Mehmet T. Nane is also the President Retail Council atTOBB, the Istanbul Shopping Fest co-chairman and the president of ‘Federation of Asia Pacific Retailers Association (FAPRI A)’ and ‘Asia Pacific Retailers Convention and Exibition ( by APRA). In 2010, he belonged to the Advisory Committee of the World Retail Congress. Between 1th April to 24th May 2013 he competed the program of AMP 184 at Harvard Business School. Mehmet Nane studied Political Science and International Relations at Bogazici and then received International Banking and Finance masters at Scotland Heriot-Watt University.