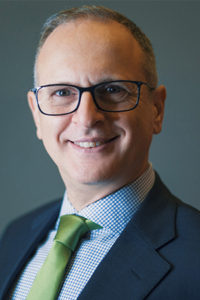 Munir Kundakci graduated from Boğaziçi University, Electrical Engineering and holds a master degree in Business Administration from the same university. He joined Siemens Business Services in 1997 as Business Development Manager. During his tenure, he held various management positions, signed the largest IT Outsourcing deal of the time, initiated off-shoring services via a global contract, and established an 1,500 people strong outsourcing business. In 2006, Munir Kundakçı joined Microsoft Turkey as Small Midmarket Solutions and Partners Director where he quadrupled the business in 6 years. In 2012 Munir moved to Microsoft South Africa and established the largest Small and Midmarket cloud business of the region. In February 2016, became the Hosting and Managed Services Providers Director for Microsoft Middle East and Africa, worked with hybrid cloud partners. During that time, he started a partner driven cloud program for the region. In April 2018 he joined Microsoft Turkey as the Marketing and Operations Director. He is married and has a daughter.