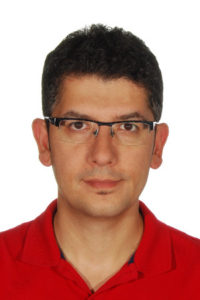 Graduated from University of Galatasaray-Computer Engineering, I’ve started my career as a java engineer in Mail Systems of Superonline Turkey.

I continued my career in AtosOrigin as a rating consultant.

In 2007, I moved to Sqills Netherlands as senior software engineer and I worked on reservation and pricing systems for European railway systems.
My bigdata journey started in 2009 with Alcatel-Lucent Bell Labs, Belgium. I’ve led there the bigdata team responsible of developing highly scalable systems such as video streaming analytics and bittorent optimization. Between 2009 and 2013, we developed two major big data projects which was then deployed to production in South Korea and United States.

Before I moved back to Turkey in 2014, I was working as a BigData consultant in the R&D department of Sony Brussels.

After coming back to Turkey, I’ve worked as BigData Architect for Teradata. Since 2015, I’m working for Boyner Grup and leading technology projects. Besides my other responsibilities, I’m the head architect of the Hopi BigData Systems.