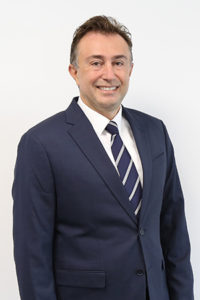 Önder Oğuzhan graduated from Bogazici University Industrial Engineering and completed his MBA at University of Georgia. He started his career at FedEx U.S. HQ in 1998 and served as Strategic Planning Analyst and Global Pricing and Sales Support Manager until 2008. He worked as a Partner and Analytical Projects Manager at Peppers & Rogers Group between 2008-2010 and as a Founding Partner in North Atlantic Group between 2010-2016. At the same time, he worked as a Management Consultant between 2011-2014 at IBM USA and between 2014-2016 in Abu Dhabi. He served as the Country Manager of Digital Strategy and Transformation at IBM Turkey from 2016 to 2019. In addition, he holds a CFA (Chartered Financial Analyst) certificate and has been teaching “Strategic Marketing and CRM” at Fordham University New York Campus for the last 7 years. As of September 2019, Önder Oğuzhan joined Teknosa as Chief Marketing and Technology Officer.