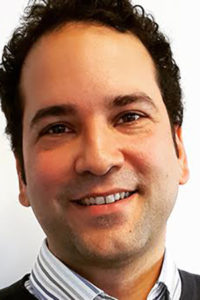 Ongun Tan gave technology and strategy consulting to various companies in Turkey and all over the world during 5 years after he started his carrier with working on software development also during five years. After he returned from London at 2012, he worked at strategic marketing department of Turkcell and finally he managed IoT team. He left the corporate world to “rocket” his ventures founded in January 2016. He organized workshops and gave speeches at tens of companies, universities, events and 2 different TEDx including TEDx Istanbul where 3000 people participated.

Ongun Tan is founder and community leader of Makers Turkiye, first and biggest maker community of Turkey over 50.000 people. He is founder of Istanbul MakerLab (maker workshop) the first open makerspace in Turkey and Maker Çocuk (Kids) founded on the purpose of changing the education system defined as descent of the open innovation to the society. He is planning to change the world of travel planning on web very soon with travel inspiration engine called Flyler. He is doing consulting founded on project based on economy and on-demand to manage entrepreneurship and innovation processes of corporations with Disrupt Cafe venture.