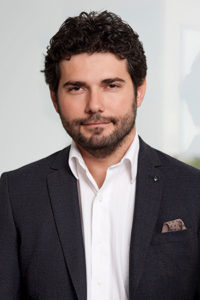 Onur Erbay began his career at Arçelik-LG as Team Engineer. Then he pursued his career respectively at Otokar as Team Leader, and Ontex as Production Systems Manager. After working as consultant in Chicago office of McKinsey for three years, he returned to Turkey for Rocket Internet. He is the founding General Manager of evimister.com. Before taking charge as the General Manager of Hopi; he worked in San Jose office of eBay as North America Strategies Department Manager.

Onur Erbay graduated from Mechanical Engineering department at Middle Eastern Technical University and earned his Master’s degree in Engineering and Technology Management at Boğaziçi University, and MBA at Wharton School in University of Pennsylvania.