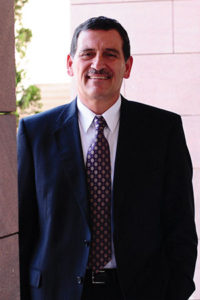 Prof. Inan is currently the President of Koç University in Istanbul, Turkey. During 1982-2009, he served on the faculty of Stanford University, as a Professor of Electrical Engineering and as the Director of the Space, Telecommunications, and Radioscience Laboratory. Prof. Inan has authored or co-authored more than 366 scientific publications which have received 11,800 citations (h-index=58) and served as the Principal PhD Dissertation Advisor for 60 students who graduated since 1990.

Prof. Inan is a Fellow of the American Geophysical Union, a Fellow of the Institute of Electrıcal and Electronics Engineering (IEEE), a Fellow of American Physical Society (APS), and is a member of Tau Beta Pi, Sigma Xi, and the Electromagnetics Academy.  He has served as the Chair of the U.S. National Committee of the International Union of Radio Science (URSI), the International Chair of Commission H (Waves in Plasmas) of URSI and as the Vice President of URSI.  He is the recipient of the 2007 Stanford University Allan V. Cox Medal for Faculty Excellence in Fostering Undergraduate Research; the 1998 Stanford University Tau Beta Pi Award for Excellence in Undergraduate Teaching; several Group Achievement Awards from the National Aeronautics and Space Administration and the European Space Agency; the Antarctic Service Medal of the U.S., with an Antarctic Mountain named “Inan Peak” in his honor; and the 2008 Appleton Prize from URSI and the Royal Society. Professor Inan received 2010 Special Science Award from the Scientific and Technological Research Council (TUBITAK) of Turkey and is a Member of the Turkish Academy of Sciences (TUBA). Professor Inan also currently serves as a member of the Turkish Presidential Commission on Educational Policy.