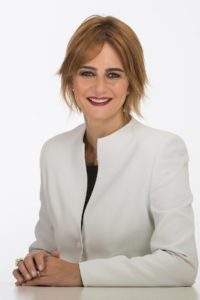 Sanem Oktar was one of the 12 founding members of Turkish Direct Marketing Association (TDMA) formed in 2005 and served the association as President and Head of Board 2007-2009. She is also President of KAGIDER (Turkish Women Enterpreneurs Association) since 2015.

Sanem Oktar has given numerous lectures, speeches and presentations in Turkey on digital marketing and CRM. Sanem is married and mother of two daughters.