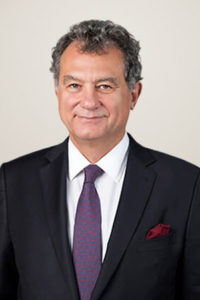 Simone Kaslowski graduated from Clark University in Worcester, Massachusetts in 1984, after completing primary education in Istanbul. He began working in the sales department at Organik Kimya, a family business, in 1985. Kaslowski significantly expanded exports of Organik Kimya products and was appointed head of sales in 1993. After actively working on various investment projects for the firm, Kaslowski was appointed CEO and became member of the board of directors in 1995. His leadership was instrumental in the growth and expansion of Organik Kimya.

Organik Kimya operates in 80 countries and has a 250-thousand-ton production capacity in facilities in Kemerburgaz and Tuzla in Istanbul; Rotterdam, Holland; and Lugano, Switzerland.

Simone Kaslowski worked to develop the chemical sector in Turkey and contributed to the Chemport project of the Turkish Chemical Manufacturers Association.

Kaslowski was Chairman of the Chemical Industry Task Force of TÜSİAD. He has been on the Board of Directors since 2013 and has chaired the EU Affairs Committee and the Global Relations and EU Roundtable, significantly contributing to the international efforts of the association. Kaslowski has been Vice President of TÜSİAD since 2017 and was elected President in February 2019.