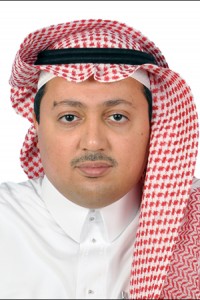 Dr. Abudawood is a professor of Artificial Intelligence at the National Centre for Computation Technologies and Applied Mathematics (CTAM) – King Abdulaziz City for Science & Technology. He is the first director of CTAM and the founder of the Machine Learning and Data Mining Department. He represents KACST in a number of scientific committees and boards.

During his appointment as the Director of CTAM his centre launched the super computer (Sanam) in 2014 which is considered to be one of the fastest three super computers in Saudi Arabia and the region. Sanam is used for computationally demanding tasks and its importance is demonstrated efficiently by the research and applications of Big Data. His effective leadership convinced the higher management of KACST to support a number Big Data Flagship Projects in addition to the National Supercomputing Grid project in 2015. Dr. Abudawood has participated effectively in the Saudi Arabia’s Strategic National Science, Technology and Innovation Plan (Mariffah 2) which has started in 2015 and has comprised the “Big and Complex Data” as one of its 10 Main Research and Technological Areas.

Dr. Abudawood has received the Best Computer Science Project Award in 2003 and also received the 2nd Creative Invention Award from King Abdulaziz University for his “Remote Control System for Home Automation” project in 2004.

Dr. Abudawood has helped in wild life preservation using artificial intelligence techniques applied to images and videos of @Bristol company in the UK in 2006