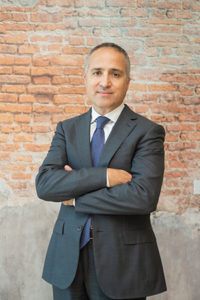 Tuğrul Cora graduated from Middle East Technical University, Department of Electrical and Electronics Engineering in 1991 and from Virginia Tech with an MBA degree in 1993. In 2009, he completed the Advanced Management Program (AMP) at Harvard Business School. Tuğrul Cora started his career at Aselsan in 1991. Between 1995 and 2004, he worked at Digital Equipment, Compaq Computer and Hewlett-Packard as Enterprise Account Manager, Sales Manager and Sales Director. Tuğrul Cora served as the Founding General Manager of Millenicom Telekomünikasyon between 2004 and 2010 and took Millenicom to the second place in Deloitte’s Europe’s Fastest Growing Technology Companies in 2009. Between 2010 and 2017, Tuğrul Cora served as Corporate Sales Director and later as the SVP for Corporate Business Unit at Turkcell and led Turkcell’s transformation to be a Total Telecommunications, Cloud and System Integration Service Provider. Tugrul Cora joined UiPath, World’s leading Robotic Process Automation and Artificial Intelligence company, as Director of Partnerships for Eastern Europe, Middle East and Africa, and has been serving as General Manager for Turkey since July 2019.