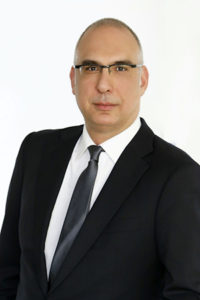 Tunç Taşman who has studied Electrical & Electronics Engineering in Middle East Technical University started his career in KoçSistem in 1989 as Sales Specialist. Then he worked as Program Sales Manager, Group Manager and Deputy General Manager respectively. He was the director of Business Development & Sales Department at Siemens in 2003-2005, Deputy General Manager at Cisco Systems in 2005-2010 and Senior Corporate Business Director at Avea in 2010-2014. He has been working as General Manager at Bimsa A.Ş. since May 2014.