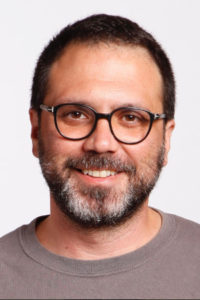 He founded Turkey’s first ethical lifestyles platform Good4Trust.org in 2012 and in the same year he founded Change.org in Turkey. He was the Eastern Europe and West Asia Director of Change.org till 2017. For two terms he was an elected board member of CIVICUS – Global Alliance for Citizen Participation (2010-2016). Formerly he was the Executive Director of Greenpeace Mediterranean (2008-2012) and the General Director of TEMA Foundation (2006-2008). In 2002 he was the founding board chair of BirdLife in Turkey – Doğa Derneği and founding member of STGM – Civil Society Development Center. In addition to his civil society involvement formerly he completed a masters degree in environmental science at Ohio State University as a Fulbright Scholar and a PhD in conservation biology, development and social change at the University of Minnesota as a MacArthur Scholar, he was the advisor of Minister of State Adnan Kahveci, founder of Erciyes University Environmental Engineering Department and worked as an environmental specialist at United Nations Development Program in New York. In addition to Good4Trust.org he founded the first crowd-sourcing site in Turkey called kusbank.org in 2001. Dr. Özesmi who has more than 100 scientific publications and a book, is also lecturing at Kadir Has University, mentoring at Basic Needs Association (TİDER), advising International Civil Society Centre, and has a daily program at Açık Radyo 94.9.