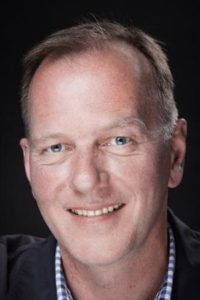 Volker is an entrepreneur, advisor and angel investor who has founded or co-founded a total of 8 companies to date. He is the founder of Quantified Ventures, which is building venture programmes in the IoT/Smart Cities/Big Data& Analytics/AI & Machine Learning sectors, a Venture Partner at Emerge Education, Europe’s leading EdTech accelerator,and the Chairman of Bibblio, which is building a smart graph for non-fictional content. He also acts as a board member and/or advisor to another five companies, in EdTech, Health, IoT and gaming. Further, Volker is a Fellow of the Royal Society of Arts and a Co-Founder of Tech North Advocates.

Previously, Volker served as the Global Head of Business Development – Games for BlackBerry. BlackBerry had acquired mobile social gaming platform Scoreloop where he was the Chief Strategy Officer and General Counsel and had helped drive growth to 450m users.

Volker has been at the forefront of industries that were once described “niche” since 1999 (mobile phones). He helped launch the world’s first mobile music services (with – gasp – Britney Spears), published games on tiny b/w mobile phones and, damningly, used the term gamification as early as 2006. Today his focusis on educationand IoT.