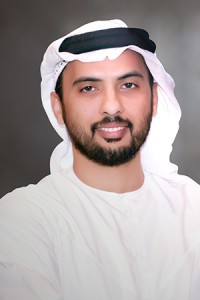 A committed and talented Emirati, Wesam has more than 14 years of experience in strategic leadership positions where he has leveraged Information Technology to create innovative channels and Smart Government infrastructure to better the quality of public services for citizens, residents, visitors and businesses in Dubai.

Wesam has worked in both government and the private sector in high profile organizations. From 2009 to 2012, Wesam was Vice President, Information Technology at World Trade Centre where he led the transformation of IT through a number of initiatives including the implementation of sales force automation, CRM, and ERP implementation.

Prior to that, he was Director, Information Technology at Emaar Properties. During his time at Emaar, Wesam led the global rollout of sales automation and ERP across Emaar subsidiaries. This included countries such as Pakistan, Egypt, Saudi Arabia and Canada.

Wesam is not new to Dubai Smart Government as he was previously Head of Application Services from 2002 to 2007. During that time Wesam led the implementation of unified business process and ERP across Dubai Government entities.