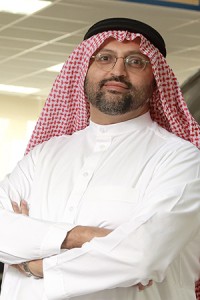 Strategist, Economist, & Entrepreneur are strong descriptions of Yousef Hamidaddin, yet the most admired by is his capacity for Vision. It is his belief that the most powerful catalyst for growth & achievement is a “Vision” delivered by a focus on excellence in people, and organization structure.

Studying quantitative methods, economics, playing chess at an early age contributed to his thinking early in his career, and the coaching he had from the top leadership in P&G crafted the word “Strategy”. It gave it a new meaning when watching the top brass speaking for hours on the subject.

The concepts he adopted in the design of high performing working organizations were pivotal in the practical experience of establishing businesses, restructuring organizations, managing big initiatives and bringing the most diverse people to adopting his strategies and directions.

He created an industry for Direct Marketing in the region. Made a wonderful salad made of the US DMA in partnership with him to establish the Arab Direct Marketing Association, the Arab League which he lobbied to establish ADMA as the reference point for DM, the UPU Direct Marketing Advisory Board by providing his organization with a hard won seat to lobby postal operators for required change in the region, the Saudi Arabian General Investment Authority to adopt Saudi as a center for the Data Industry, the Saudi Postal Authority through working and delivering a 100 Million Riyal business model which is under delivery to date – Shaher.

The starting point for Direct Marketing was his agency that started in 2000 with 5 people. In DMS his focus was on value creation. He tried to purchase Wegner in Europe in 2005, and consolidate business across the region in 2007 which later was key in the 3 months he spent in Little Rock, Arkansas in 2009 convincing Acxiom to lead the direct acquisition of 70% equity in a Saudi Establishment – a first for the country.

His enjoyment is in delivering change. Whether creating the new image of a well known local food brand – Goody, taking it from a department in a distribution company to a role for a regional play, or working on setting and creating an organization from scratch to serve the digital service space in the King Abdulaziz Endowment for the two holy mosques with the Saudi bin Laden Group, he will tell you what drove adoption is the power of Vision.

Yousef Hamidaddin loves entrepreneurship, but keeps pushing for more innovation, more measured risk taking, and for the economics to work all around – a multiplier effect. Entrepreneurship does not just simply stop when a company is started up or when another troubled being revitalized; instead, he believes that it is a continuous journey to overcome the many limitations to achieve a vision that no one else sees but the Entrepreneur.

Yousef today lives in Amman. He is revisiting the database and translating it into virtual markets that support businesses grow. He is tinkering in his lab of a brain how can the database create more market share and sales for a bright ideas based in his new hometown.

Finally he will tell you don’t get intimidated, don’t let ego lead you, and be humble. Getting complicated diversified teams into consensus, dealing with different cultures, backgrounds, mentalities, & challenges to any organization are gifts. Use them. They are opportunities for success.

We are delighted to have you speak here at this event.